Technology Trends in the Aerospace Industry

The aerospace industry has long taken steps towards more progress and development. But when we talk about this sector, we immediately think of space exploration. While we’ve landed on the moon and discovered exoplanets, there is more to explore in outer space. It appears that this sector has just taken off.

But little did we know that the aerospace industry has already come a long way. Think of how the world has become smaller through commercial flights. Consider how top countries boost their air defense as well as launch some missiles. Understand that the aerospace sector covers general aviation, commercial airlines, military aircraft, missiles, and space exploration.

Thanks to modernization and technological advancements, they’ve further boosted the growth and expansion of the aerospace industry. That said, here are seven aerospace technologies to watch out for:

The Internet of Things has become a game-changer in how we do business and run the world. And this applies to the aerospace industry as well. But for the uninitiated, IoT enables physical devices to connect via the internet. As such, it allows the delivery of various services in different parts of the world. In the aerospace sector, the IoT enables commercial airlines to fly from one country to another. The aircraft gets tracked, monitored, and controlled in the flight data center.

Automation and artificial intelligence (AI) have helped and assisted businesses across various industries. The aerospace sector is no exception. What’s good about these digital technologies is how they reduce or eliminate manual work and human intervention. In aerospace, data and information are automatically recorded, analyzed, and reported for consistent operation. We’ve also seen some robotics integrated with some forms of AI to assist the workforce in manufacturing and building aircraft.

When it comes to the aerospace industry, there is a need for advanced materials. It’s good that these raw materials have got technologically developed and digitally incorporated with Smart capabilities. One example is utilizing carbon nanotubes (CNT), which are beneficial for fuel efficiency and light aircraft weight. Another example is the use of robust ram designed for outer space. That way, satellites and spacecraft outside of the Earth can get secured and protected. 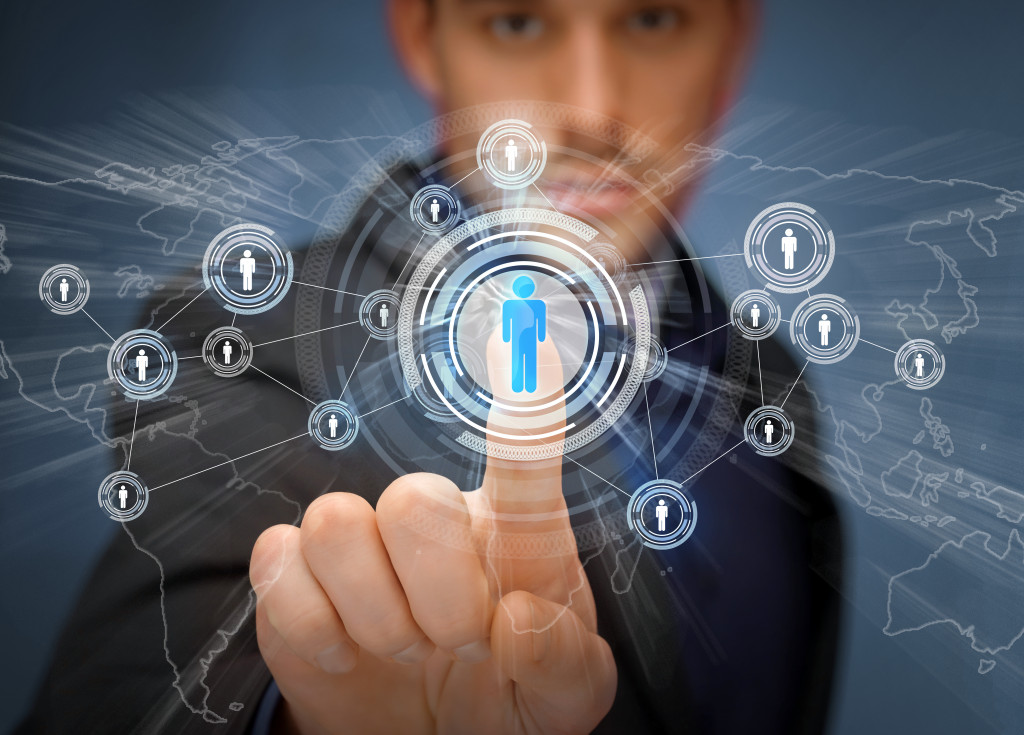 It’s no secret how many industries have become dependent on fossil fuels. Not only is this fuel reliance costly, but it is also harmful to the environment. It’s good that there is a strong push for electrification using renewable energy sources in various industries. In the aerospace sector, many have pushed for fuel-efficient aircraft. But quite recently, the focus is on developing or More-Electric Aircraft (MEA). Ultimately, MEA can be such a game-changer in the world of aviation.

Additive manufacturing or 3D printing entails bringing digital designs to life. In a more technical sense, it involves creating an online design model, printing thin layers of materials, and forming these materials into a solid object. Such a manufacturing approach is proven beneficial in various industries. And this is all the more applicable to the aerospace industry. Why? It’s an excellent way to simplify manufacturing materials, given the complexity of aircraft and spacecraft building.

Structural Health Monitoring is paramount in the aerospace industry. For the uninitiated, SHM is simply a method used to assess and track structural health. It works by monitoring some changes in the material properties of engineering structures, such as airplanes, buildings, and even bridges. With this system in place, we can prevent catastrophic fatigue failure that can lead to the loss of life. As soon as the system tracks inconsistencies in the aircraft properties, the proper authorities can prevent an accident.

There’s no denying how the aerospace sector has gradually transformed the world. Thanks to aerospace technologies, they’ve led to further progress and development in the industry. As such, expect more and more technological advancements to emerge out in the next few years to come. And soon enough, we will go further beyond our planet Earth and explore the unknown!